The History Of Rugs 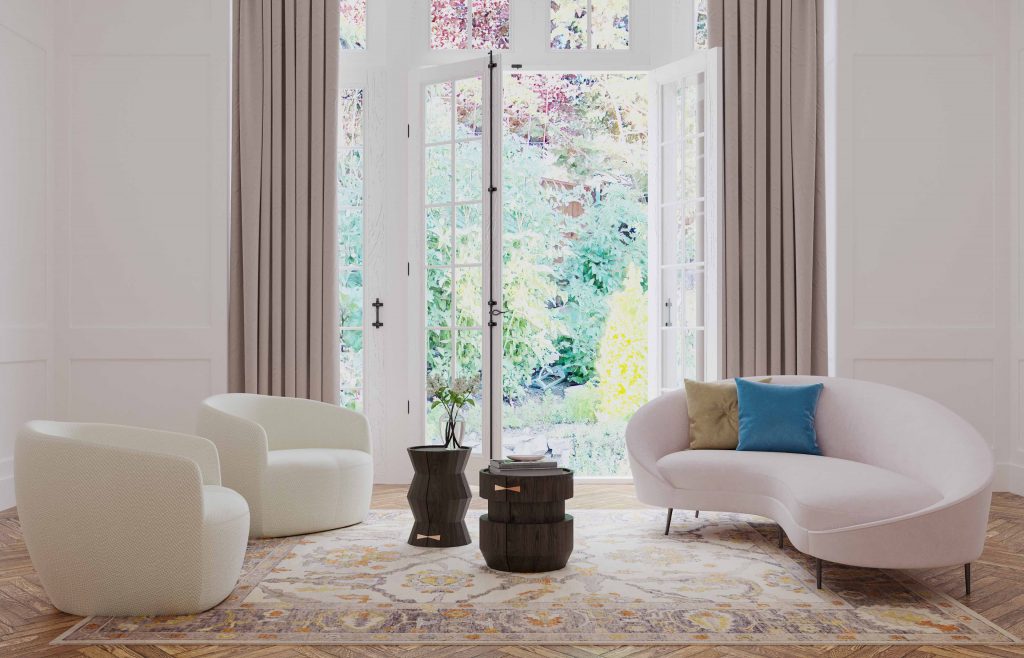 In 1949, an ancient handmade wool rug that is estimated to be made in 500 BC was discovered in a cave in Siberia. Because the ice in the cave preserved it, we were able to learn a great deal about how Hand Knotted wool rugs were created during that time period.

Through investigating this rug and other historical rugs, it has been possible to put together a complete history of rugs, from how they become known across the world to how they were created.

The Invention Of Handmade Rugs

In 500 BC, most people did not live in houses or castles. Instead, they resided in caves when they needed to get out of the rain, and often lived as nomads traveling from place to place.

Nomads used the fibers of animals that they were traveling with, such as goat hair from goats, or wool from sheeps, to craft their own rugs. These rugs were small enough that they were then used as blankets to give them extra comfort while sleeping or provide warmth when the temperature fell. Nomadic families continued to pass this practice down to future generations.

Hundreds of years later, many people were living in castles or villages but there were still nomadic tribes. Nomads continued to roam the world, moving from place to place. As they visited new empires, nomads would teach those that were interested how to make these rugs or sell their personal rugs. Slowly, every culture and country began to produce handmade rugs.

Individual cultures began to implement their own designs, such as beautiful gardens or hunting scenes that were often depicted on ancient Persian rugs or the elaborate Oriental patterns that we still enjoy today.

Because of the time, skill, and expense involved in making handmade rugs, most cultures began to view them as luxurious items. They were frequently found adorning the walls and floors of castles.

As rugs became increasingly popular among the wealthy, many cultures saw this as an opportunity to expand the wealth of their empire. Cultures quickly began implementing their own methods of designing rugs. Skilled artisans began creating rugs to sell to wealthy families. This was seen in the Persian Empire more than in any other empire throughout the world.

Handmade rugs from Persia quickly became well known for having an intricate pattern with a variety of beautiful, rich colors. The gorgeous colors and patterns of gardens and hunting scenes made them the most sought after rugs in the world.

Rugs Increased In Popularity In The 12th Century

During the middle ages, rugs saw a drastic increase in popularity across the world. During this period, the Mongols invaded China and brought their culture with them. The Mongols continued to move from one empire to the next, spreading the knowledge of various cultures across the continent.

As they traveled throughout Asia, they carried their rugs with them. When they reached Europe, the rugs were so popular that they were given names according to their country of origin, such as Persian or Turkish.

As empires bartered with each other, fought each other, and began to truly get to know other cultures, the popularity of rugs continued to increase.

Rugs Took Off In The 13th-16th Century

The first European who was known to have purchased a rug was King Louis IX of France. He purchased a Persian rug during his reign in 1348. He enjoyed it so much that he had several more of them made. It was then that more people throughout Europe wanted to own rugs.

Rug manufacturing became a flourishing business, particularly in the Persian Empire. This continued throughout the 14th and 15 centuries. Blended wool yarns were used to depict animal domestication, animal heraldry and show geometric patterns. The best century for Persian rug making was the 16th century.

As people continued to travel for one reason or another, such as when the Calvinists fled to England in an effort to escape religious persecution, they took their methods with them. It is believed that this is how much of the world learned how to make knotted pile rugs.

Although there is evidence to suggest that Hand knotted pile rugs were produced during BC times, this method was not popular in parts of the world aside from the Caspian Sea area until the 16th century when it was used in England thanks to the Calvinists.

The 18th Century Saw A Boom In The Rug Industry

By the 18th century, rugs were no longer considered an item of luxury. Homeowners could choose from a wide variety of materials such as wool, silk and mohair, geometric designs, and more. Rugs were so inexpensive and common that they were often found in every house. This is because the methods that were used to make rugs changed significantly during the 1800s.

During the early centuries, making rugs by tying several knots, which is called hand knotting, was common. It was time-consuming, and usually involved one person working on the rug at a time. It was common for rugs to take several years to complete, hence why they were so expensive. Due to the increase in popularity, new methods to craft gorgeous rugs were discovered.

During the 18th and 19th centuries, the rug industry truly began to take off. It continued to thrive with the use of machine made rugs. These machines could produce rugs that rivaled the quality of Afghan and Armenian rugs, and only took a fraction of the time. 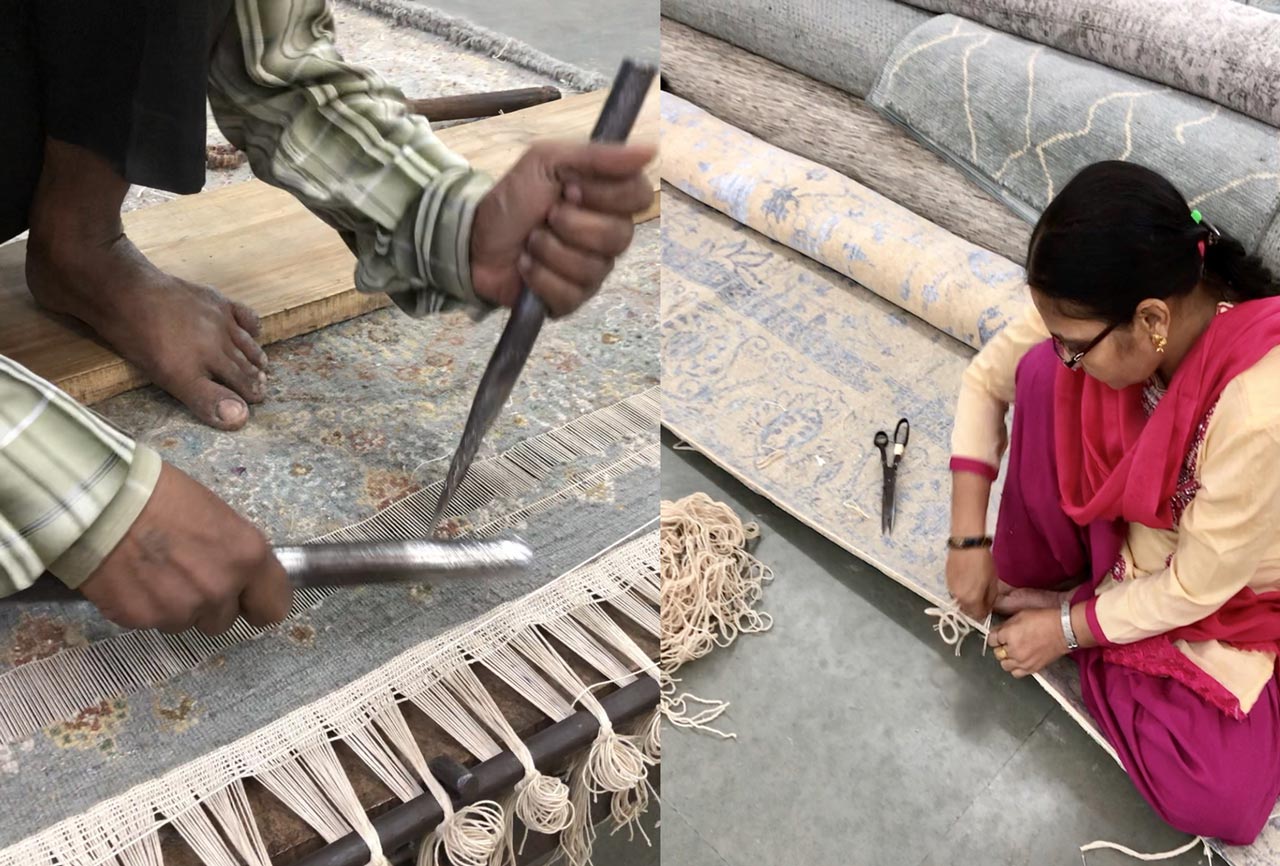 Much has changed since the days of nomadic tribes making blankets from goat hair or sheep wool, Chinese emperors learning about the existence of rugs. Today, those interested in buying rugs can enjoy being able to find anything that they would like.

Lower end rugs are often mass-produced by machines now. Because of this, the art of hand weaving is no longer considered a profitable skill to learn in most first world countries.

Not only is this more efficient, but it is also cheaper for the consumer when compared to purchasing hand knotted Tibetan rugs (contemporary rugs) or Afghan rugs. This is why most people have made the switch to commercial products in America and other countries.

Although these rugs are cheaper than handmade Persian rugs, Indian Rugs or modern Tibetan rugs, they are not as durable. Hence why some people prefer to import products from countries that still know and practice the art of hand weaving.

Handmade Oriental Rugs Are Sold Around The World

The primary countries that still produce handmade rugs are often found in the Middle East or Far East. For example, Iran, Turkey, Afghanistan or Nepal for Tibetan rugs. Handmade Afghan rugs and hand-knotted Tibetan Rugs are widely popular among people that prefer to pay more for high quality items.

These rugs are known to last for many years, which is why most people are willing to pay a higher price for them. Hand knotted Turkish rugs can be purchased for prices as low as a few hundred dollars or as high as thousands of dollars.

The patterns that are seen in hand knotted rugs today often resemble the same patterns that were considered beautiful in ancient rugs. Handmade Persian rugs still depict gardens and humans and remain well known for the beautiful, bold colors that are used. Oriental patterns associated with Indian culture also remain a classic favorite.

Due to the higher cost of hand knotted rugs, it has become common for companies to sell embroidered rugs that they claim are hand knotted. These are actually produced on power looms even though they are advertised as hand knotted rugs.

How To Tell If Hand Knotted Rugs Are Authentic

Because there is no backing present, most customers assume that they are authentic hand knotted rugs. However, there are a few ways that customers can tell the difference.

Embroidered rugs will have more flaws in the pattern if they are handmade. In handmade rugs, the knots may be different sizes as well. This does not happen with machine made rugs. Machines are less likely to make an error than a human.

The history of rugs has seen the rise and fall of the popularity of the hand knotted rug. However, they remain as beautiful as they once were during ancient empires. Mass produced rugs are affordable and extremely popular. Today, homeowners can enjoy finding a rug that suits both their needs and their budgets.

Browse through our products today to find the perfect rug for your home.

At Vaheed Taheri we’re serving a community of designers, architects and trade partners; people who care deeply about Art of floor covering for their homes as well as their client’s home. We strive on designing particular products for particular people.